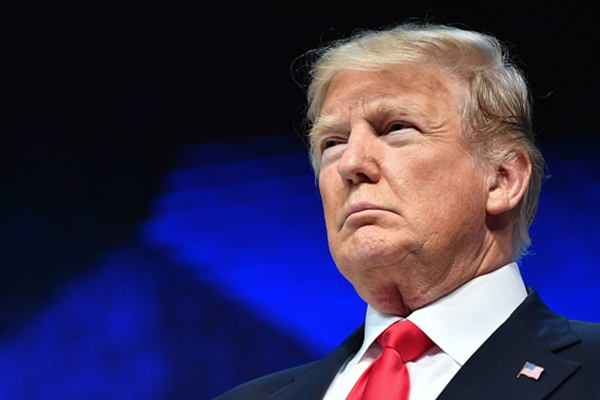 Wall Street indexes took different routes on Tuesday after a wobbling session. The Dow and the S&P 500 extended their losses (0.80% and 0.30%, respectively), while Nasdaq rose 0.64% to recover part of the losses. In general, the bearish mood was fueled by worries that the coronavirus relief wouldn’t come before the election. Specifically, the White House stated that a deal might be announced in a matter of weeks. A fat stimulus package is very much needed, especially when the second wave of the pandemic is getting more severe and can impact an economy that struggles to revive. The Conference Board’s (CB) consumer confidence index fell to 100.9 in October, below the predicted 102, and lower than September’s 101.3 figure.

Still, the tech-oriented Nasdaq managed to secure a gain thanks to investors who priced in the quarterly performance of tech giants – Apple, Facebook, Amazon, and Google are all reporting this week. Microsoft was the first of the behemoths to show the cards after the session close, and the company did really well but hasn’t provided encouraging guidance for the next quarter. In its first fiscal quarter, Microsoft saw EPS and revenue that beat analysts’ expectations. However, the quarterly guidance fell short of expectations, and the share price fell about 2% in after-hours trading.

The investor sentiment is still affected by the surging number of COVID cases in the US and Europe.
Also, Election Day is getting closer, but the race becomes even tighter in the states that can impact the outcome, even though Democratic candidate Joe Biden leads over President Donald Trump in general.

In Asia, stocks were mostly bearish in early trading on Wednesday, extending Tuesday losses, but some indexes have recovered. The increasing number of COVID infections is the main topic of interest right now.
At the time of writing, China’s Shanghai Composite is up 0.52%, and the Shenzhen Component surged over 1%. Both indexes opened lower. China’s Central Committee of the ruling party continues its fifth plenum to plan the country’ economic strategy for the next five years. The meeting will be held until October 29.

Japan’s Nikkei 225 closed 0.29% lower. The Bank of Japan will release its monetary policy tomorrow. On a side note, the European Central Bank is also scheduled to present its policies on the same day.
In Australia, the ASX 200 closed 0.11% higher. The mood was lifted by the higher-than-expected increase in inflation. The consumer price index (CPI) rose 1.6% q/q during the previous three months, higher than the 1.5% anticipated by analysts. The index remained unchanged in annual terms. The Reserve Bank of Australia is set to hold its meeting on November 3 and is expected to cut the interest rate and boost government bond purchases.

South Korea’s KOSPI has increased by 0.62% after initial losses. President Jae In Moon said that the coronavirus had been contained in the country. He is now aiming for a budget increase to support economic recovery. Also, data showed that the country’s consumer confidence rose to 91.6 in October, up from September’s 79.4.

Hong Kong’s Hang Seng Index is down 0.24% and India’s Nifty 50 is down 0.41%. European stock futures are flashing red right now, though German DAX and Spain’s IBEX are steady.

In the commodity market, oil prices are declining after a bump on Tuesday. The surging number of COVID cases is putting serious pressure on oil demand. Also, the American Petroleum Institute said that US crude and gasoline stocks rose more than expected last week. The fears of oversupply are dominant despite the fact that oil producers in the US Gulf Coast are dealing with yet another storm, with Hurricane Zeta already receding. WTI is now down 2.27% to $38.66, and Brent has dropped by 1.80% to 40.86%.

Gold had three bullish sessions, leveraging its safe-haven status on COVID fears, but is now retreating. The metal has declined by 0.25% to $1,907.

In FX, the US dollar is cautiously uptrending ahead of the election. The USD index is up 0.24% to 93.135. EUR/USD fell 0.19% to 1.1772 as French President Emmanuel Macron is pondering another national lockdown to curb the spread of the coronavirus.
The sterling has increased against both majors amid hopes that the UK and the EU can secure a last-minute deal after the extended talks.